Forbes claimed in early 2014, “data visualization is the future.” Microsoft called 2014 “the year of infographics.”

And a few weeks ago, my friend, fellow evaluator, blogger, and dataviz aficionado Ann K. Emery  proposed that a bunch of bloggers write out our predictions about data visualization in 2015. According to Ann’s invitation, The only rules: Nobody gets to discuss their predictions/wishes ahead of time. It’ll be fun to see how our predictions overlap (or don’t), and then we can have live discussions via the comments section of our posts.

With that, I invite you to read not only this post, but also Ann’s Blog to see what she has to say, and to check out a few others as well.

Whether you find data visualization insightful or insipid, it is here to stay.

My (not so scientific) indicators:

Data visualization is huge in the evaluation field (as well as in many others). I learned about dataviz through contacts I’ve made at the American Evaluation Association and through my work as Lead Curator of their daily blog, aea365 Tip-A-Day By and For Evaluators. AEA is organized into Topical Interest Groups, and of the 50+ TIGs, the Data Visualization and Reporting TIG, started in 2011, grew fast and is among the largest TIGs in the organization. Of the 1800+ blog posts on aea365, more than 8% of them (158 to date) are tagged for Data Visualization and Reporting, the largest share of any TIG or topic. At AEA’s annual conference, sessions on dataviz were exceedingly popular and many rooms were overflowing with eager participants.

Every major news organization now has a data visualization, data journalism, or graphics department. Most (if not all) are easily found on Twitter, a fabulous source of good dataviz. I’m following 80+ Twitter handles in my dataviz list including some news outlets (New York Times, Wall Street Journal, Boston Globe, Los Angeles Times, Huffington Post, The Guardian, etc.) as well as a multitude of individuals interested in the topic. You can check them out and subscribe to my list here.

There are countless websites dedicated to data visualization – the good, the bad, and the ugly. Two interesting ones to peruse are  WTF Visualizations, which began in 2013 for “visualizations that make no sense” followed soon after by Thumbs Up Viz, “a collection of elegant, efficient, and (above all) effective data visualization.” Pew Research Center is another favorite place for good viz. Check out their roundup of favorite data visualizations from 2014. Explore Information is Beautiful for more inspiration.

Given the growth and proliferation of dataviz, here is my second prediction:

People are becoming increasingly savvy dataviz consumers, producers, and rockstars every day. If we’re not learning and growing too, we’ll be left in the dust.

My (not so scientific) indicators:

More people are appreciating, understanding, and practicing the basics (dataviz is virtually ubiquitous on websites, in professional journals, and in the news; heck, people are even wearing dataviz!), and free tutorials and web-based tools make visualizations easier and easier to produce. If you need to learn the basics (and ya do!), look to Evergreen Data, Ann K. Emery, Flowing Data, and Juice Analytics for high quality tutorials. Just tackle one new, updated, modern chart at a time!

New charts and new spins on existing chart types will continually be added to the mix. Here are a few interesting and useful ones to explore:  diverging stacked bar charts (also see here), dumbbell dot plots, slopegraphs, span charts, and Sankey diagrams. Don’t forget good dataviz principles, though. Add these to your repertoire, but use them only when appropriate for communicating your message!

There will be more focus on readability, interpretation, and impact of dataviz vs. emphasis on beauty, unnecessary complexity, and novelty. Tensions will continue to increase as data visualization tools and their users become ever more sophisticated, yet the standards for quality will remain user-focused on readability and interpretability. Think about the interplay between what is designed for the fashion runways of New York, Paris, and Milan, and what the rest of us are actually wearing day-to-day. Design plays a huge role, but practicality and usability trump all in the end.

A new career title will emerge – datapreneur. Now is the age of the entrepreneur. With entrepreneurship (or entrepreneurialism if you like) on the rise (see here, here, here, and here) soon we will have datapreneurs –  those who identify gaps, define problems, innovate with and capitalize on data for generating revenue.

Microsoft will catch up! I’m fairly certain that top dataviz experts are already working with Microsoft on new color schemes and new chart generators that accommodate some of the new chart types and variations, and allow the user to generate them with ease. Eventually, you won’t need to be an Excel Ninja to trick the software into doing what you want it to (but for now, do yourself a favor and learn more about it).

What have I missed? What do YOU see happening with dataviz in the next year (or in years to come)? 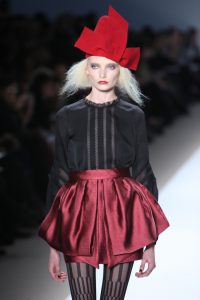 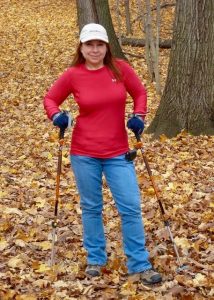 What are your thoughts? Cancel reply

This site uses Akismet to reduce spam. Learn how your comment data is processed.

Be the first to know about new blog posts, resources, tips & tricks, food for thought and other bonus content! And don’t worry, I’ll never share your info.